Jones Bootmaker never stops thinking about the customers as they want to give them the absolute best quality and service for what they are paying for and you may often come across a Jones Bootmaker sale as they want to serve you to the best of their abilities. And that means paying prices for products that are a reflection of the quality, so when you can get these items at a lowered price, it’s a winning situation.You can also use a Jones Bootmaker discount code in 2016 to save more money. They take great pride in offering an elite level of customer service even after you have purchased a product as they have an after sales team that is working towards ensuring that customers are given the best experience possible.

Free Delivery On All UK Orders

More than 10% off at Jones Bootmaker

Up To 29% Off Ladies Clutch Bags

Up To 51% Off Ladies Wedge Heels

Other Deals at Jones Bootmaker

Up To 56% Off Selected Men's Casual Shoes

Alfred Jones and wife, Emma, decided to open up a footwear store in the year of 1857 and they were located in London where they struggled for a little while trying to get their business up and running. The conditions in which they were working were difficult and their opening hours were also a hard task to keep up with as they were open from 8am until 8pm during the weekdays and on Saturdays they would be open until midnight. One of the main things that was making this a troublesome task was the fact that they had a total of 14 children who they of course had to care for. During this time they couldn’t really promote their business by offering a Jones Bootmaker sale as they needed to establish themselves as a revenue-generating business. 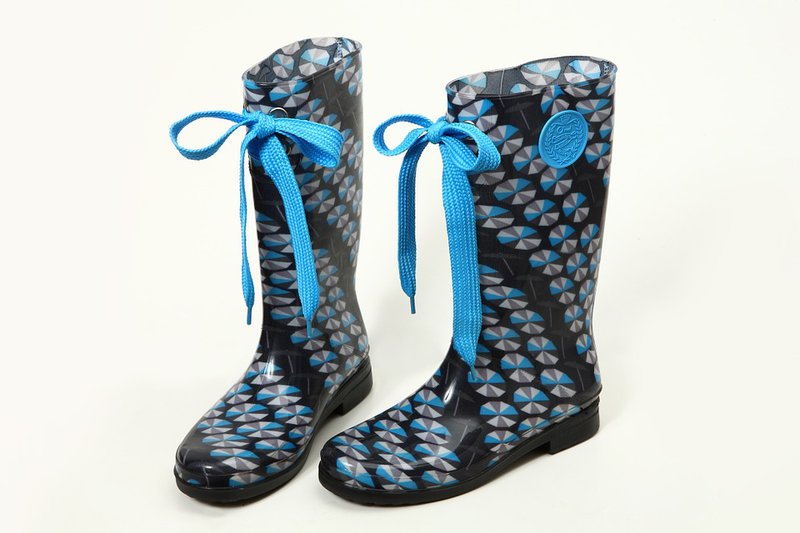 However, after some period of time, once the sons were old enough, nine of them were brought into the company as apprentices to the shoe industry. Each one of the sons ended up opening up their own shoe stores where they operated under the name of “A.Jones & Sons”, and they made sure that they were offering customers something a little different when it came to shoes at the time. Customers could choose from a number of various widths from shoes that were already made and in-stock, furthermore, this shoe company also introduced the idea of fitting shoes for customers which appealed to many people. Another one of the main things that attracted people to visit their stores was the fact that they had electrical lighting, at the time, this was a rare feature that not a lot of people had seen.

Over the years they continued to expand further and further by opening a big warehouse in the east of Sussex where they also acquired a number of new stores and their previous ones were redesigned to give them a more modern feeling. But throughout all of these major advancements, they always ensured that the quality of their shoes and the fitting aspect was never forgotten. Jones Bootmaker sale boots is also something that many of their customers have become use to seeing every now and then as a part of their fairness in price and best deals.

Expansion too quickly can in fact lead to some issues, one of them being that they had more shops and shoes to make than what their factories were capable of, therefore they had to become a member of the Church to receive some more support to grow. They joined in 1955 and were now known as “Jones Bootmaker”. Due to their constant developments, Prada took over the company as a private investor back in 2001 and nowadays the Jones Bootmaker company has more than 120 stores across the UK.

Redeeming a promo code through the Jones Bootmaker website is made to be nice and easy. Once you have selected your item and chosen the correct size and colour of your shoes, go to your basket where there is information about your product, such as the price and quantity, below your product picture, you will find something that says “Please Enter Your Voucher Code Here:” Provided that you enter your code correctly, the price of your order will be decreased but by how much? Well it depends as there are a variety of different Jones Bootmaker vouchers.

A massive variety of delivery options are open to customers, who are residing in the UK Mainland, and they include the following:

* A Jones Bootmaker discount code free delivery can be used during the checkout stage.

Jones Bootmaker presents customers with the ability to return goods where they can choose to exchange it or get a refund. However, there are some guidelines to pay attention to such as your product being unused, you provide  receipt as proof of purchase and the shoes are in the original packaging and are returned to the company within 28 days after the purchase. 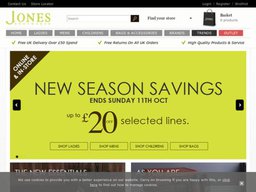 Get notified when new discount codes arrive from Jones Bootmaker